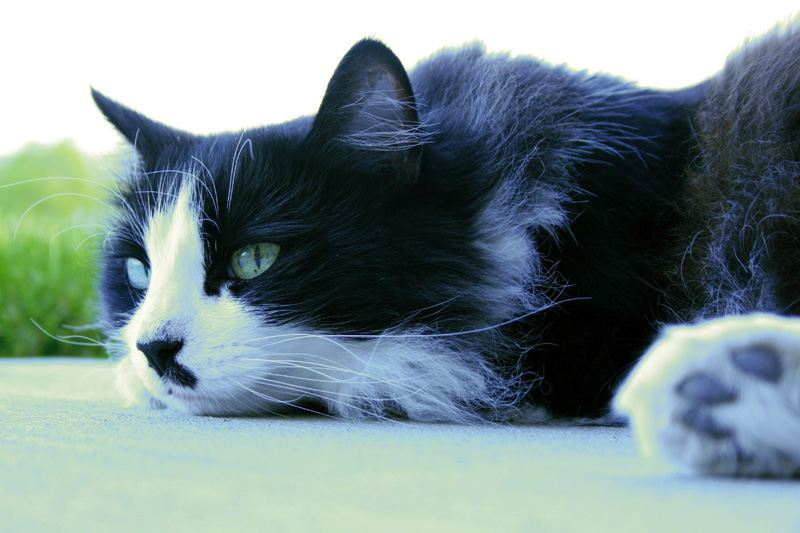 Posted at 08:46h in Pet Memorials by OPC Admin 0 Comments

ZITA, my baby, thank you for nearly 18 years of bliss!

Zita was born one day late in May 1995, and I adopted her from the Kelowna SPCA August 8, 1995. I was only in Canada as a visitor and had to leave again, so Zita moved to Germany in June 1996, with me and her friend Jessie, who was adopted from the SPCA a week after Zita.

In December 1999 I immigrated to Canada, but Zita and Jessie remained with my parents in Germany, and I was only able to see them on rare visits and on photos sent by email, until they rejoined me in Canada in 2004. We figured we should bring them over then before they’d be too old to travel. We were lucky and happy that ‘too old’ was not an issue for many years to come!

In June 2010 Zita was diagnosed with chronic renal failure, but she bounded on as if nothing was wrong at all. Then, in January 2013 she briefly battled the end stage of lymphoma which I did not know about until then. Now she has reached her final destination ‘Heaven,’ on February 1, 2013 after giving me nearly 18 years of wonderful, irreplaceable companionship and never to be forgotten, precious memories which I hold dear in my heart.

I wanted to express my thanks to Okanagan Pet Cremation for how wonderful and understanding you were. Also for how quickly we could be reunited with Zita. Thank you!