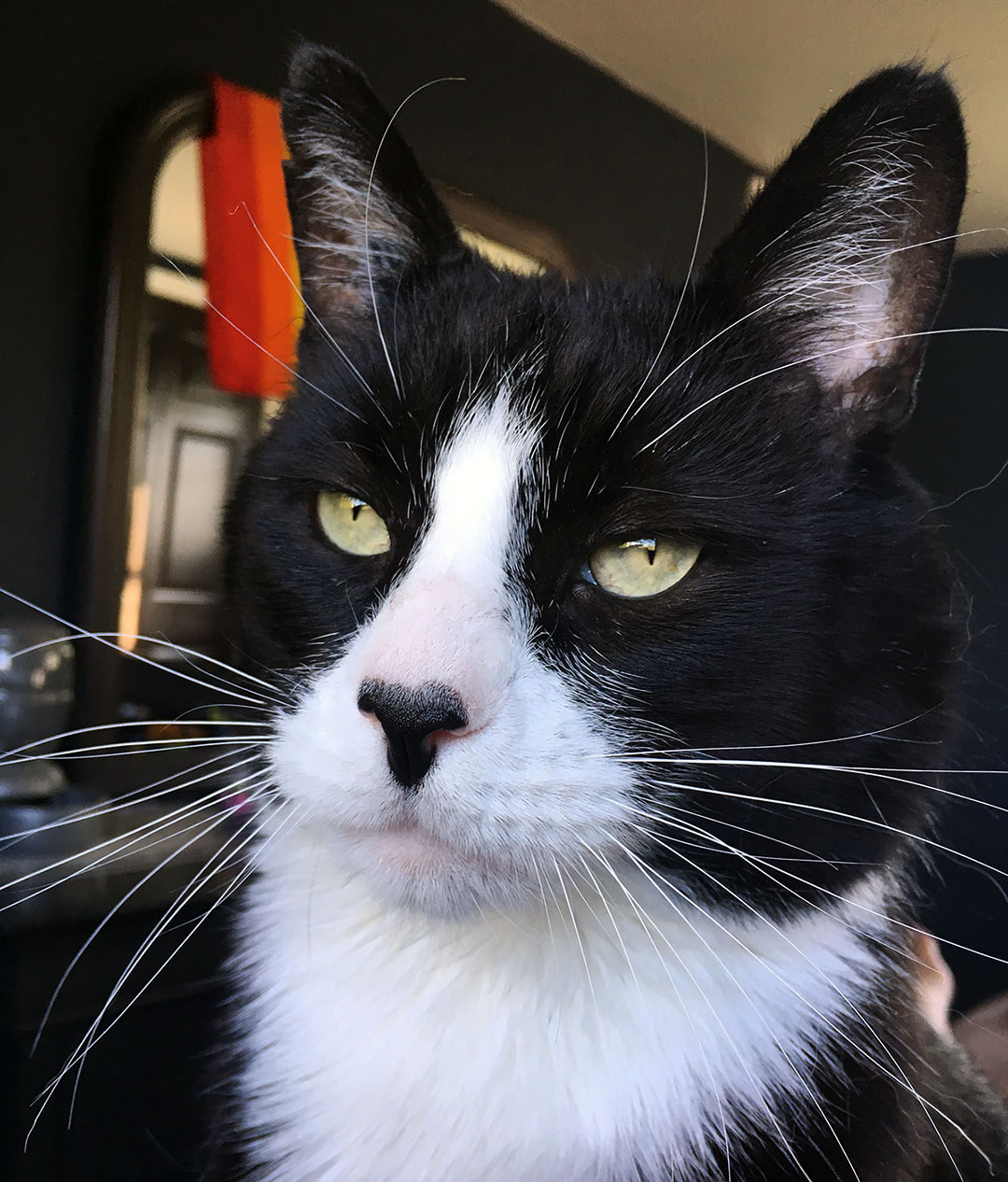 Posted at 21:56h in Pet Memorials by OPC Admin 2 Comments

In the early hours of September 5th morning, we lost a beautiful soul to an undiagnosed heart disease.. Tallstar was about 6 or 7, with us for just over 1.5 years, but the our house seems empty without him. We have a multiple-cat household, but his absence is so noticeable. It’s hard not to blame myself for not taking him to the vet’s office for a check-up sooner, even though I had canceled his annual appointment because of the beginning of the pandemic back in March.. he’s an anxiety cat, and I honestly thought I was doing what was best for him by canceling it – he would’ve preferred to be at the clinic with me rather than on his own. But then again – who knows? maybe his heart condition could’ve been unnoticeable even then…

He died the night before his vet appointment. He was doing well – just didn’t have an appetite… Then, Friday night…. everything changed.. We were chilling at home, relaxing when we noticed his laboured breathing. We picked him up and listened to him, had him on our laps for a while… Then, as he got up to walk away… he started wobbling, loosing his balance… he had a thromboembolism – a blood clot blocking the blood flow to his rear end. His legs were partially paralyzed. He could barely stand.. We rushed him to emergency vet, driving way faster than we should’ve been.. Panicking… The whole night is a blur.. Watching him suffer, loosing hope… There was hope, and then there was none… Everything felt wrong.. The whole world turned upside down… Between thromboembolism, fluid around heart and lungs (either due to tumors or chylothorax) and an enlarged heart… we lost all hope… we didn’t want him to suffer… we wanted to fight for him – we would’ve spent every penny to our names to help him – but the prognosis was bleak.. with heavy hearts, we chose to let him go.

I wish we could’ve done more for him – and a huge part of me feels guilty for not trying to fight for him. After all, we know for a fact he wouldn’t have wanted to leave us so soon. You see, he was our foster fail. He chose to be a foster fail. We had gotten him as a feral cat and socialized him. Tried adopting him out, but he wouldn’t have it. He imprinted on us so much we had to keep him. He chose to stay with us, and he became a huge part of our little family. He wanted to be with us so badly that, even as a fighting tom-cat, he learned to get along with our two other toms. He was extremely special to us, and he had so much love to give.. He cried if we were home but in a different room and he couldn’t come in to see us. He wouldn’t spend a night away from us. He slept on our backs and cuddled on our laps. He was an anxiety cat, but he also had a huge heart – unfortunately, too literally.

We miss him dearly and wish we had more time with him. He had a hard life before he found us, and deserved to be spoiled for longer than that. We miss you so so much, Tallstar. We’d do just about anything to have you back with us. We love you so much there aren’t enough words to describe it, and we cannot wait to join you in whatever afterlife there is.. May we meet again, Mr. Tall-Tall.