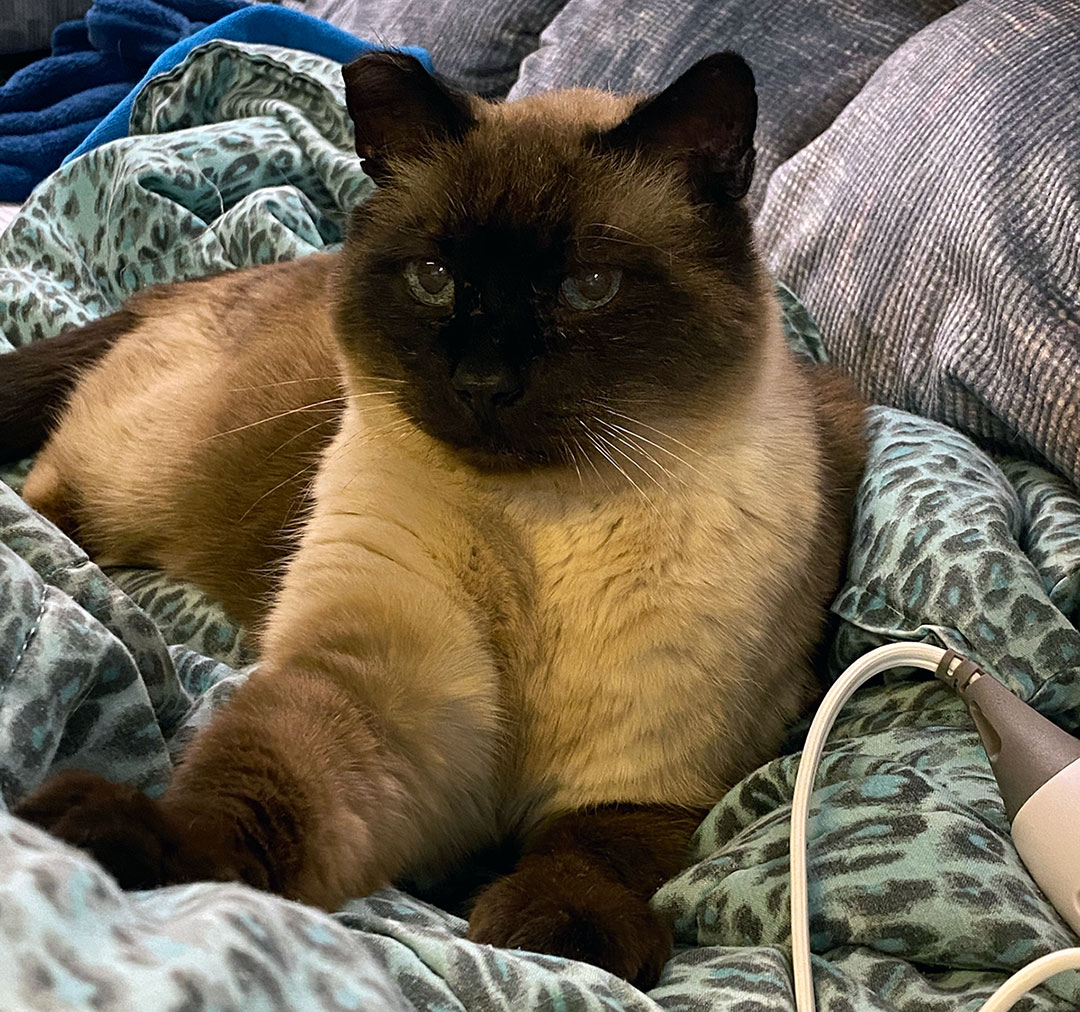 Posted at 13:19h in Pet Memorials by OPC Admin 0 Comments

Sammie Ross passed away peacefully in the arms of his bestfriend/hero/moma with his dad also present on Oct 16, 2021.

Not a lot Is known about his “early days.” With a tattoo in his ear of 521 ACJB we believe he did have another family. If there was, please know in his “golden years,” he was very well cared for and very loved every second of everyday.

Sometime before 2008, “The Tom Cat” lived under the semi trailer out back. He went about his life chasing mice & we went about ours letting him live out his life. No one could get any where close to him so everyone thought he was feral. No one knew where he came from. It was before Facebook really took off, so posting wasn’t a thing as it is today.

Spring 2015, there was a rare sight of The Tom Cat by surprise. No one had ever seen him up so close before. He was very thin & his one eye was completely white. Lisa R thought “we won’t be able to trap him, if the spca could…it would probably be too late, or I could put food out & hope he will eat it.” She thought “Sammie the Siamese” had a nice ring. Not knowing the sex, Sammie worked for a boy or a girl. That early spring day changed both Lisa & Sammies lives forever. She had no expectations of him, he was feral. It took YEARS but Sammie got closer & closer to her. They got to a place where Sammie: would come running to her voice, wait for her at the back door of the house, walked around the block together (yes you read that right). Where ever moma was, he was right there. He showed how grateful he was to her every single day. Lisa even was teaching him how to ride the quad with her. But this his eyesight went down hill. Sammie had his own 9 lives. But Lisa/his moma also gave him 9 more. He was the very best cat & overcame so much in just 6 short years. Sammie loved 3 things: his moma, a hot sunny day, and snuggles. So it is only Sammie to have passed on after the hottest summer on record. It was such a struggle to keep him inside through that +45 weather we had in July 2021. And before his least favourite thing….the snow. He knew Lisa saved him, and cared for him like no one ever has. He loved her like no other in return. Sammie you will be so deeply missed, until we meet again.